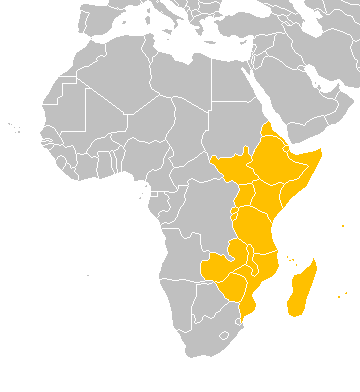 East Africa is emerging as a trade hub to rival sub-Saharan Africa’s two heavyweight states of South Africa and Nigeria, according to analysis by Barclays published on Thursday. However the UK bank identifies five “sleeping giants” that present significant new for foreign companies; Ethiopia, the Democratic Republic of Congo, Mozambique, Tanzania and Ghana.

This quintet which are “playing catch-up after significant political and economic upheaval . . . are increasingly attractive to foreign firms and international investors with an eye on long-term returns from fast-growing markets,” Barclays said in its inaugural Africa Trade Index.

Matt Tuck, head of global corporate banking at Barclays, said the five were open to international trade and had rapidly growing populations that are likely to reach 325m in total by 2020, comparable to that of the US. Moreover, any repeat of the 7.3 per cent compound annual economic growth they have experienced over the past five years would lead to a significant rise in household spending. Most are relatively unreliant on commodity exports by African standards, shielding them from some of the storms currently battering emerging markets.

“The core underlying fundamentals are getting better and with more stable government it does represent an opportunity for growth,” said Mr Tuck. “It’s a much more encouraging outlook than in the past.” Overall, Barclays found South Africa and Nigeria offered the best opportunities for foreign companies, in terms of unmet demand, the absence of major barriers to cross-border trade and their connectivity with other African countries.

While South Africa is the “standout performer”, Barclays said Nigeria arguably represented the “most exciting” long-term opportunity. However it added that the country suffered from “logistical difficulties posed by inadequate infrastructure,” which meant many companies had to provide their own power and water supplies.

The bank, which has operated in Africa for more than 150 years and has 1,500 branches across the continent, said Nigeria needed to reduce non-tariff barriers to trade, as well as invest heavily in transport networks and power provision. Barclays said that east Africa was emerging as a trade hub, with improved border administration helping create a fast-growing regional market.

Kenya is ranked third in Barclays’ index, with Tanzania and Ethiopia also in the top six. Mr Tuck said Kenya had taken on the role of “regional leader”, pushing for regional policy in terms of infrastructure and administration and developing strong regional and global air connectivity.

“Many countries, particularly in east Africa, have invested in major developments in both infrastructure and ‘soft’ infrastructure such as tariffs and border policies,” said Mr Tuck. He welcomed the development of “one-stop” border posts, where a single customs check is run jointly by neighbouring countries, rather than each country operating their own station.

East Africa is leading the way in this regard, with seven OSBPs operational or in development in Tanzania and six in Uganda and Kenya, although they are spreading further afield with even Zimbabwe implementing such a system at its Chirundi border post with Zambia.

Developments such as these have helped the dollar value of intra-regional exports expand at a compound annual growth rate of 16 per cent between 2004 and 2013, Barclays said, double the 7.6 per cent CAGR for sub-Saharan exports in total, which hit $460bn in 2014.

Mr Tuck said intra-regional trade still only represented 17 per cent of total trade flows in sub-Saharan Africa, below the levels in regions such as Latin America (20 per cent), North America (32 per cent), Asia (48 per cent) and Europe (66 per cent).

Having said that, bodies such as the African Development Bank have estimated that the true figure is nearer to 40 per cent when informal and unofficial cross-border trade is taken into account.

The report, which was compiled as an aid for UK exporters but has wider ramifications, also pointed to the degree to which Europe has been usurped by the rise of Asia, which accounted for 19 per cent of sub-Saharan Africa’s goods imports in 2004 but 32 per cent by 2013.

Barclays saw some of the best opportunities in the retail sector, with the development of more formal shops, malls and supermarkets allowing customers to “trade up”, and expanding mobile and internet services creating new avenues for online retailers. Opportunities abound elsewhere though, with Diageo, the UK drinks group, currently generating 13 per cent of its sales in sub-Saharan Africa, a figure it hopes to raise to 20 per cent.

Mauritania shocked South Africa 3-1, Ghana edged Rwanda 1-0 and Nigeria were held 0-0 by Tanzania Saturday in Africa Cup of Nations matchday 2 qualifiers. A blunder by goalkeeper and captain Itumeleng Khune after five minutes cost South Africa a goal in Nouakchott and set the home team on the road to their greatest Cup of Nations triumph.

Khune allowed a long-range Ali Abeid free-kick to slip from his grasp into the net and Bafana Bafana (The Boys) had debutant Siyabonga Zulu red-carded after half-time for a last-defender foul. South Africa equalised midway through the second half when Thamsanqa Gabuza soared above goalkeeper Mohamed Salahdine to nod in a cross.

But a Mauritanian team ranked 42 places below their opponents in the world finished strongly and superb individual goals by Boubacar Beyguili and Ahmed Khalil sealed victory. Success lifted Mauritania from the bottom to the top of Group M on goals scored although Cameroon will regain first place if they do not lose in Gambia Sunday.

Four-time African champions Ghana left it late to succeed in Kigali with Russia-based Mubarak Wakaso the 87th-minute match-winner. The Black Stars were awarded a free-kick just outside the box on a poor pitch and Wakaso curled the ball past the wall and wide of goalkeeper Olivier Kwizeri into the corner.

It was a cruel blow for the Wasps, who fought gallantly before a near-capacity crowd and did not deserve to lose. The last time Ghana visited Kigali for a Cup of Nations qualifier they suffered a stunning 1-0 loss 12 years ago. Ghana, runners-up to Ivory Coast in the 2015 Cup of Nations, lead Group H with six points, three more than Rwanda, while Mauritius and Mozambique are pointless ahead of their Sunday clash.

There was no dream debut for new Nigeria coach and former midfield star Sunday Oliseh as the three-time Cup of Nations title-holders found Tanzania a revitalised side. – Ikeme impresses – Super Eagles goalkeeper Carl Ikeme from English second-tier club Wolves made several excellent saves in Dar es Salaam on his debut at 29.

Ikeme started after first choice shot-stopper and captain Vincent Enyeama pulled out in midweek following the death of his mother. The result was another feather in the cap for caretaker coach Charles Boniface Mkwasa, who ended a string of Taifa Stars losses with an African Nations Championship draw in Uganda.

A point took Nigeria to the top of Group G, but record seven-time African champions Egypt will overtake them if they dodge defeat in Chad Sunday. English Premier League pair, Cheikhou Kouyate of West Ham and Sadio Mane of Southampton, netted as Senegal triumphed 2-0 in Namibia Kouyate struck in the first half and Mane in the second in Windhoek as the Teranga Lions maintained a perfect Group K start with a second win.

Burundi are second, three points adrift, after a 2-0 victory over Niger in Bujumbura thanks to goals from South Africa-based duo Fiston Abdul Razak and Papy Faty. Uganda President Yoweri Museveni funded the $210,000 (190,000 euros) travel costs of the Cranes to the Comoros islands off the south-east coast. The cash-strapped national team triumphed 1-0 in Group D courtesy of a goal midway through the first half from recalled Iceland-based Tonny Mawejje.

A team of experts raised by the World Health Organisation (WHO) has developed Fertility Guidelines especially on the practice of In Vitro Fertilisation (IVF)/Assiated Reproductive Technologies (ARTs) in Africa.

Ashiru, who is also the joint pioneer of IVF technique/test tube baby in Nigeria, said the recommendations made will inform and support the development of WHO Fertility Guidelines.

He said the WHO guideline will close the gap in the standard of fertility care and assisted reproductive technology regulation missing in Nigeria and most of Africa. “Areas covered by the world experts during the working consultations at the WHO Department of Reproduction and Research include glossaries of terminologies, acceptable standards of practices and research questions,” he said.

Dr. Sherly van Poel of the Reproductive Health and Research said: “The meeting is a milestone development in closing the gap in the explosive new knowledge necessary to promote access to quality, safe and responsible fertility care worldwide.”

The Africa region was representedat the ground-breaking meeting by Ashiru and Dr. James Olobo-Lalobo of the African Fertility Society.

Ashiru, who chaired one of the sessions said: “The long awaited change in fertility mind set of the African will now begin to change for ever. The withering childless African woman blamed, for far too long, for the infertility of any cause should at last begin to expect an improved quality of life as the bravado men climb down and calm down in the face of evidence-based fertility recommendations made.”

Dr. James Olobo-Lalobo of Uganda remarked: “Right now, Uganda is geared to the implementation phase of the WHO Fertility Guideline through multi-stakeholder involvement, creating fertility awareness, embedding patient-friendly regulation and promoting related research. …Tomorrow must be better than today….this is the definition of hope for every childless couple should expect.”

At the end of the meeting Professor Ashiru thanked WHO for the initiative and commended participants for working long hours throughout the whole week to generate a document that will invaluable in reproductive health services.

He seized the opportunity to invite the WHO Human Reproduction Group to the conference of the Association of Fertility and Reproductive Health of Nigeria, and the mini-symposium of African Fertility Society in Lagos from September 24th to 26th 2015 at the Oriental Hotel, Victoria Island. 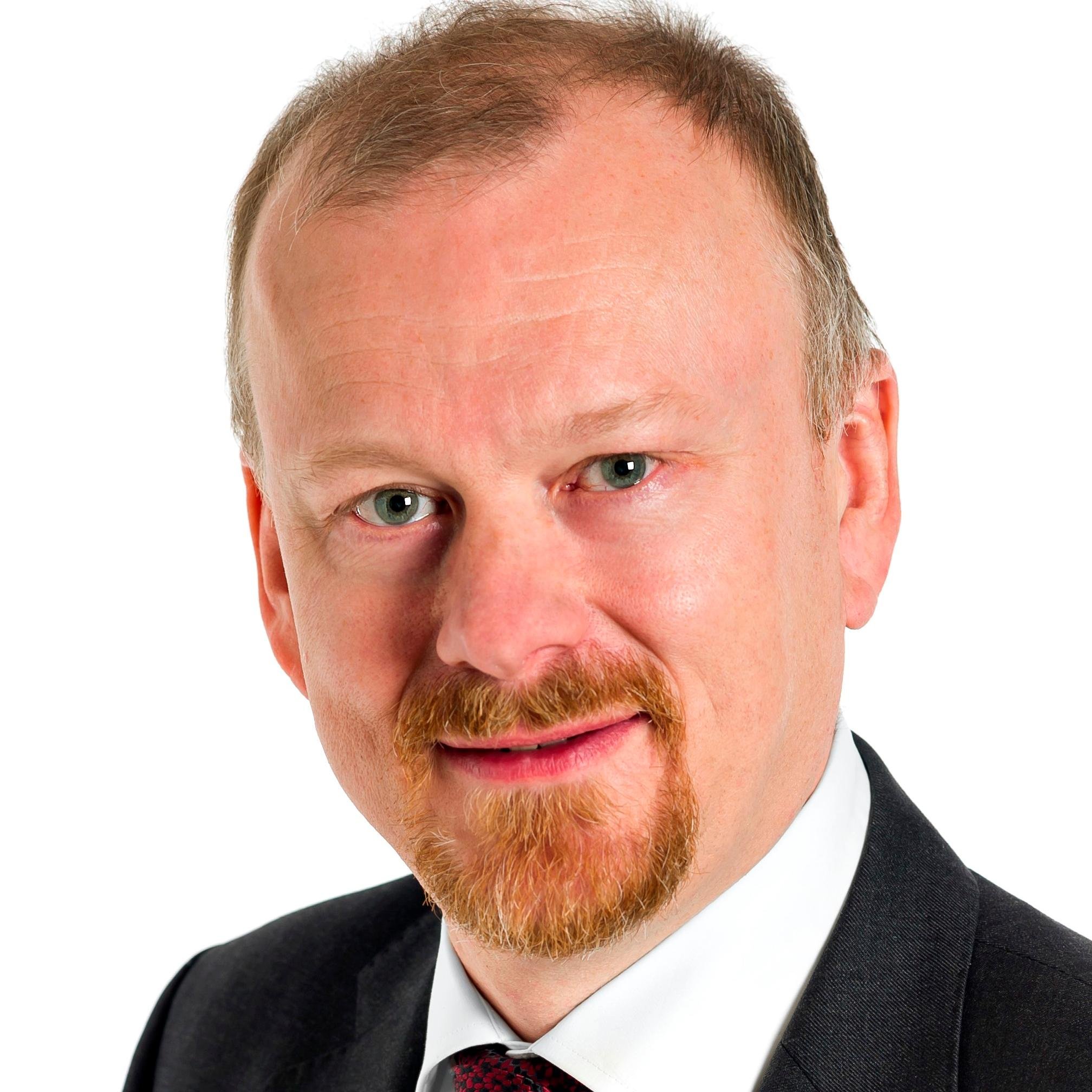 Veteran investor Jerome Booth, who has long extolled the virtues of emerging markets, is to launch a new investment fund that will focus on renewable and conventional energy projects in Africa.

New Sparta Asset Management plans to invest in at least three power stations, each of which will need at least £50m of equity. The group, which has a number of economists on its board, including Sunday Telegraph columnist Liam Halligan, is about to launch a fundraising round for investors.

“There is a huge amount of untapped opportunity in emerging markets, particularly with companies in the private, pre-IPO stage,” said Dr Booth. “Our strategy is not only to bring the funds, but also find areas where we can add value by using our expertise to help companies, and nations, grow rapidly but sustainably.”

Only a small percentage of sub-Saharan Africa has access to energy, while South Africa, one of the major economies in Africa, regularly suffers from electricity blackouts. Many foreign investors have recently taken an interest in the continent, following years of underinvestment into Africa’s power infrastructure. Last month, Dubai-based investment firm Abraaj Group raised $375m for a fund focusing on North Africa. 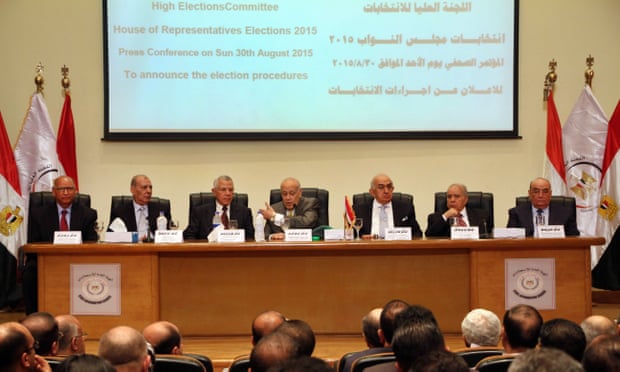 Egypt will hold a long-awaited parliamentary election in two phases starting on 18-19 October, the election commission has said.

The first phase of voting had been due to begin in March but the election was delayed after a court ruled part of an election law was unconstitutional. The second phase will take place on 22-23 November, the election commission told a news conference.

Egypt has been without a parliament since June 2012 when a court dissolved the democratically elected main chamber, reversing a major accomplishment of the 2011 uprising that toppled autocrat Hosni Mubarak.

The army then announced a roadmap to democracy in Egypt, the most populous Arab state and a close ally of western powers. That announcement was followed by the toughest crackdown on Islamists in Egypt’s history. Security forces killed hundreds at street protests and thousands were arrested.